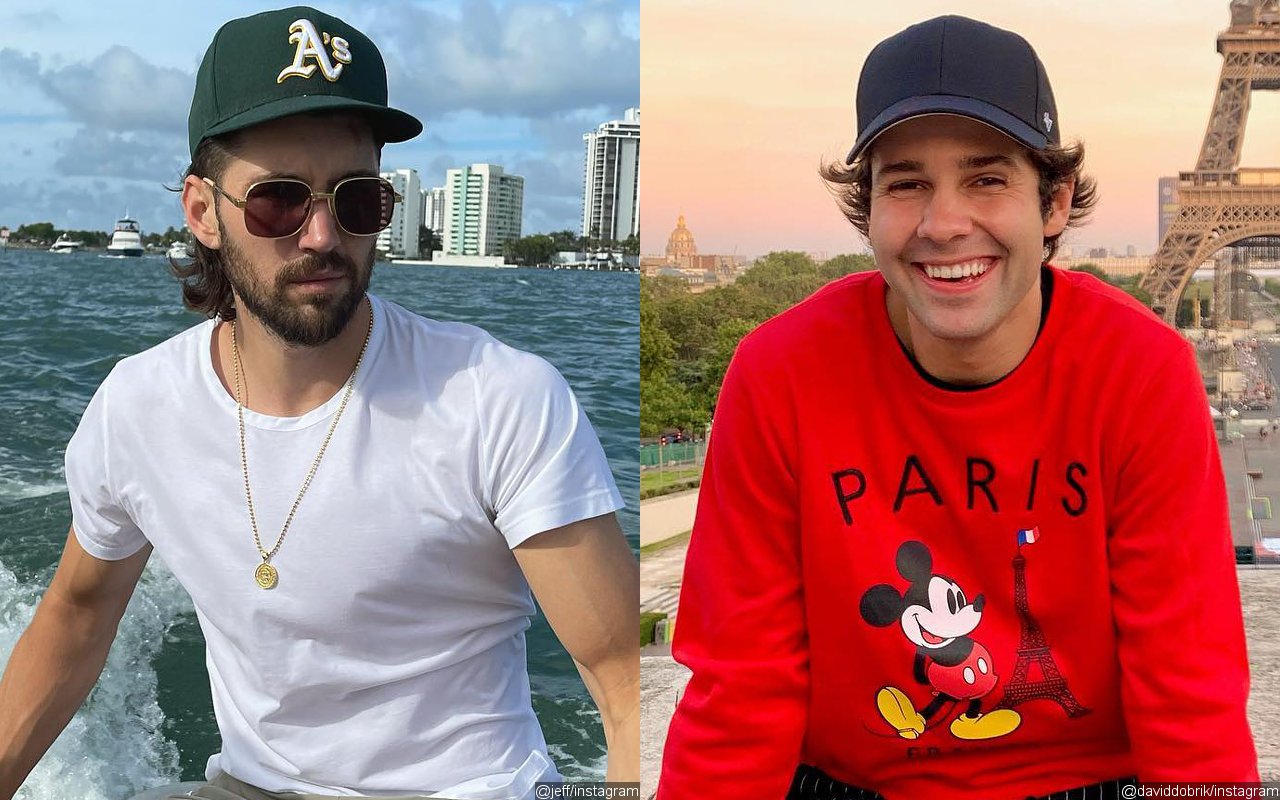 In an episode of his “Jeff FM” podcast, Wittek also calls his YouTube colleague a “scumbag” following his near-fatal accident that shattered his face and skull.

He also called out Dobrik for being “fake friends” with the other creator, who he says didn’t text him after his latest eye surgery. “I’ve been protecting this guy for so long and there’s so much to this story than just the fact that he didn’t text me for a week after having such a drastic operation where I could have been blind “, said Wittek on his podcast.

“I just want to finally tell the truth. I gave that motherfucker so many chances. Even now, a week later, I still haven’t heard a word,” he explained. “The fact that he’s an asshole friend, a fake friend, now that the documentary is over, don’t give a fuck, don’t text me, don’t check. The other reason: he says now, flips the script, saying, “Oh, that was f**kin Jeff’s idea. He’s mad.” Complete bulls**t.”

Detailing an eye surgery he had to undergo, Wittek said: “It was gnarly surgery. They had to move my eyeball forward. There was about a 30 per cent chance that I woke up blind from surgery in that eye, but luckily everything went well.”

Wittek revealed that Dobrik agreed to pay one of his hospital bills but didn’t. “Our deal was just to cover hospital bills. I don’t care about anything else. I won’t sue him for the money I lost because I couldn’t work or anything like that” , Wittek explained. “They didn’t pay a fucking bill, I got a breach on my credit now. I’m going to buy a house and I can’t get a loan.”

“For those who think I’m trolling or being crazy on Instagram, honestly, I couldn’t care less,” he claimed, “because this is the best I’ve felt in a while. getting all that s**t on my chest. It feels good to cut the wrong people out of your life.”

Wittek first opened up about the accident in a YouTube video titled “How I Broke My Face.” He explained that he was trying to make a funny video with a group of vloggers. At one point, the group decided to place an excavator vehicle in a lake and swing people from a rope.

Dobrik was the one driving the excavator when it was his turn to participate. “I just jumped out of a plane 20 times. What worse could happen if I was swinging from a rope over a foot-deep lake?” Jeff remembered in April. “And yeah, I didn’t know I was gonna go this fast so I grabbed the fucking rope and tried to make a fucking funny video for people but that’s when I made a mistake. I forgot the biggest f**k idiot king I know was driving.”